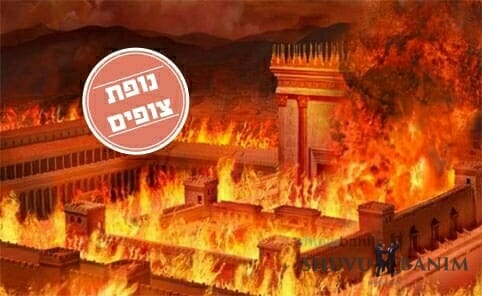 Letter from Rabbi Eliezer Berland shlit”a on the subject of the Three Weeks:

The Three Weeks are the most favorable time of the whole year to reach G-dliness and to reveal Divine inspiration, because then all those who sacrificed themselves for the sanctification for G-d’s name until the end of all generations are bound together, especially the soul of Rabbi Akiva, whose flesh was scraped with iron combs, along with all the Ten Martyrs and all the millions and billions who were slaughtered in Jerusalem in the destruction of the Temple, and in Beitar, and in the Spanish expulsion, and in all the exiles and pogroms.

Then on Tisha B’Av, we merit to the secret of the revival of the dead (Likutey Moharan 85, section 2), when the Three Weeks are concluded, the secret of the luz bone through which comes the revival of the dead.  Therefore, during these Three Weeks, we are obligated to mourn mamash the destruction of Jerusalem and the loss of the tzaddikim of all generations, especially Rabbi Akiva who sacrificed his life with complete desire and recited “Shema Yisrael” until “v’ahavta.”

It’s forbidden to hear any melody, even a trace of a melody, whether alone, and all the more so two people, because then it’s completely forbidden to hear a song or melody, all the more so in public.  And all those who mourn for Jerusalem will merit and see its rejoicing, and those who don’t mourn won’t see its rejoicing, and won’t see the redemption and won’t merit to the revival of the dead.

And this is the secret of “Nachamu, nachamu – Be comforted, be comforted,” that immediately after Tisha B’Av we merit to parashas “V’Etchanan,” because then the secret of the two-times, two upside-down [letter] nun’s is revealed, because in our many sins, the two nun’s have been turned over twice, and instead of “tikun – rectification,” we have fallen to “teku — undecided” which is a lack of rectification.  And now, through great crying, which we cry during the Three Weeks also in the afternoon, and especially at night in the two hours of Tikkun Chatzos, that all those who merit during Tikkun Chatzos to spill rivers [of tears] like water, and he who doesn’t hear any melody during these Three Weeks, neither him nor his family, will certainly merit to Divine inspiration and the secret of the luz bone, which is the secret of the revival of the dead, the secret of “Migdal Eder” which is mentioned in Rachel’s death.

Because “Eder” is the numerical value of Rachel Leah, that Leah’s heels entered the [divine emanation] of Keter – crown of Rachel; they are the “legs” of Binah – understanding, which entered the Keter of Tevuna (the feminine aspect of Binah), the secret of the luz bone and the revival of the dead.

Taken and translated from the holy book “Megilas Eicha” on the Three Weeks, with prayers and words of Torah from Rav Berland shlit”a.

When David Rose at Chatzos, All Jerusalem Rose with Him — R’ Berland to Famous Doctor

Prayer from Rav Berland for the Three Weeks