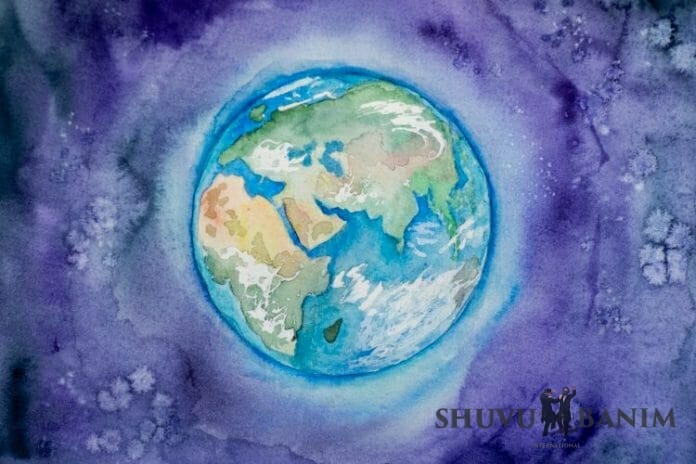 We’d been sent there by the bank, to chase after more of the pointless paper that’s meant to result in us being granted a mortgage, bezrat Hashem. After we’d finished the errand, I suddenly remembered that the grave of Yehuda, the son of Yaakov, was meant to be close by.

I don’t have a smartphone, so I texted a friend to ask her to look it up for me, and she came back with the address and directions. Five minutes later, I was at the grave of Yehuda ben Yaakov, located in a small park surrounded by a lot of new residential apartment buildings in Yehud.

It was empty when we got there. Partially, that’s because we were the only people there, and partially, it’s because the place was locked, and there were big signs up all over the place from the ‘Holy Sites Authority’ – whatever the heck that’s meant to be – warning people away from praying for more than 2 minutes either inside or out, and exhorting all worshippers to wear masks and to keep 2 metres distant from each other.

The Kever probably measure 2 x 2 metres in total, so that’s quite an ask.

There was a big tent set up next to the grave, that had clearly been there for a while and was a permanent fixture. It housed a few bookshelves, a couple of tables, a few chairs, so I made myself comfortable, and settled into an hour of hitbodedut.

It was a really good place for talking to God.

Part way through, I found a copy of Likutey Moharan and I opened it up ‘randomly’. I got to lesson #77 in part 1, which says this:

The rule is, everything we do, whether prayer or study, is in order to reveal God’s Kingship.

When a person studies a law in this way, one creates one world, and when one studies an entire tractate, the Matronita is made real, and the laws are her worlds, for there can be no king without a people.

This is the meaning of “God will be King upon the earth,” meaning that His Kingship will be revealed.

If you look at all the books in English that we’ve put out for the Rav, baruch Hashem, you’ll find that most of them say they were published by the Matronita Press.

So anyway, one of the reasons I was sitting in Yehud, praying at the grave of Yehuda ben Yaakov, is because I was asking for some Divine assistance to get 1,000 of the Rav’s English books printed in Israel.

There is no such thing as a ‘coincidence’, and what I read in Likutey Moharan really underlined to me, again, the importance of getting the Rav’s books out there as widely as possible, and as fast as possible.

A few weeks’ ago, the Rav stated very clearly that his books are cleaning all the tumah and judgments out of the world:

The world is getting crazier and crazier with every second that passes, wherever we happen to live.

But the more books of the Rav we can get out there, the easier the next part of this process is going to be.

So, I came back from Or Yehuda, and I posted up every single book we did on the website here, both as a PDF that can be downloaded and printed off at home, and also as a paperback.

Because we are in the process of printing off 100 copies of each of the Rav’s books in English, to make them available to the public in Israel on a first come, first served basis.

So, if you want to do your bit to bring the geula the sweet way, go buy some books, read them, share them and tell others about them.

As the craziness continues to build, there is nothing else to do except pray, work on our emuna, and to do more hafetza.

And then, God will be King upon all the earth – and we’ll finally have the geula.