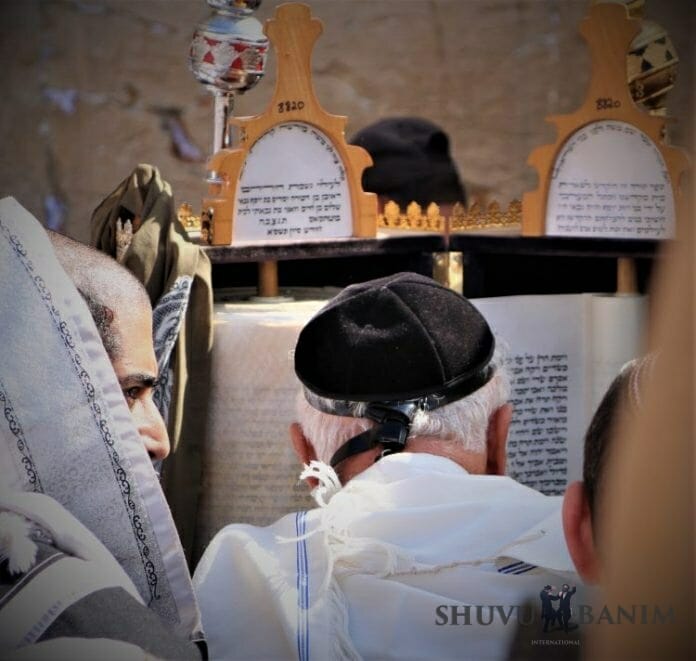 Shavuot: Learning Torah is what makes a person into a human being

When Hashem said: “Don’t murder”, the sons of Esav didn’t understand. They said: “What? In America it’s permitted to kill? In Russia, it’s permitted to murder? After all, the people who murder are given a life sentence, they are given the death penalty!”

When the Arabs heard: “Don’t steal” – they said, “Look, in Saudi Arabia even today when someone steals, they chop his hands off.” If this is so, then what’s the true meaning of “Don’t murder” and “Don’t steal”. Because it’s very clear that these things are forbidden!

Even just thinking about stealing and murdering is bad

Except, “Don’t murder” also comes to tell us that it’s forbidden to even think about doing these things, and this is what the goyim (nations of the world) didn’t want to accept. When a person even just has an evil thought about another person, this by itself is already harmful! This is called “Don’t murder”, because even just having an evil thought about someone else is already killing him.

If a person doesn’t love his friend, then he’s already killing him.

There is nothing in between! Either a person loves his friend with a heartfelt love, and sees his virtues, and judges him favorably – or the opposite. He hates his friend, and doesn’t judge him favorably, and this is how he transgresses “Don’t murder”. If person isn’t careful with his thoughts, he’ll come to do the action, God forbid.

If a person doesn’t grasp the principle of overcoming his bad middot (character traits), and escaping from his bad thoughts, then along comes Matan Torah – and the Ten Commandments, with their “Don’t murder” and “Don’t steal” and “Don’t covet”, aren’t relevant to him at all. Because he covets and covets, and he hates people, and he doesn’t feel as though the Ten Commandments are really speaking to him at all.

“You are called a human being.”

The difference between Arabs and Jews

What is the difference between a Jew and an Arab? An Arab also prays, an Arab also stands there and screams about Jerusalem, and goes around the city shouting about it, so what is the difference between us, and an Arab? Except for this: “As it’s written, you are human, you are called a human being, and those who worship idols are not called human beings.”

If you don’t learn Torah, you’ll never be a Breslover

When does he begin to be a human being? Only when he enters into the Arich Anpin Naharin of the holy Torah! Only when he pays attention in the shiurim (Torah classes)! And goes over the shiurim, and he actually understands the chiddushim that are being revealed to him. And he doesn’t say: “I don’t have the energy to learn, it’s hard for me to learn, I’m going to leave half-way through.” He comes last and he leaves first, and in between he goes outside 10 times.

If he doesn’t put his head into his studies, and all his 258 limbs and 365 sinews into the holy Torah, then he’ll never really be a Breslover! He’ll never ever succeed!

His studies make him into a human being