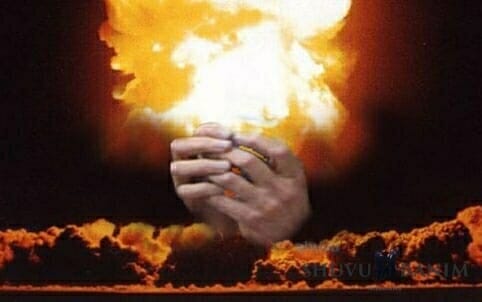 The Gaon and Mekubal Rav Yoshiyahu Yosef Pinto, Head of “Shuva Yisrael” Institutions in Israel and abroad, and Av Beit Din of the Jewish Community in Morocco, warned about the fateful situation in which we’re currently found.

“Know, that this is now the time of redemption – the Gemara says that the seventh year [of the Sabbatical cycle] is a year of war.

“See Tzaddikim, that this year won’t pass without a war – a year of war.”

Rav Pinto’s words join the calls for waking up of many Tzaddikim recently, which we will bring further on, bezrat Hashem.

“When the Nazis rose to power, it was five, six years before [World War II].  Did anyone believe [then that this would come to the Shoah]?  However, they began!  With opinions, hatred, hating the foreigner, hating others – it began.

“We were at the beginning of the redemption mamash – Mashiach was at the door mamash.

“Afterwards, began arguments, hatred – this one said, this one did – arguments amongst the Jewish people.  Mashiach doesn’t like arguments.  The redemption became further away, and it’s written that if Mashiach comes, ‘He will come, and I will not see it.’

“If he doesn’t come in a good way, that the Jewish people are a ready vessel for receiving Mashiach, then the time will be a time of suffering and adversities.

“We have seen in a certain holy book that says that before Mashiach comes, those who are furthest from the redemption will reach emunah [faith] that there is no other way – only [through] G-d.

“And remember, that however much there is now hatred and persecution against the holy Torah, we see from afar a spirit/wind of very great repentance… which is blowing like a storm that is approaching the world.

“And remember, that this spirit/wind will cover the earth, and in every single place there will be a place of Torah.”

Until here are the holy words of the Admor Rav Yoshiyahu Pinto shlit”a.

As is known, physical access to our Rebbe, Rav Eliezer Berland shlit”a has been difficult recently as a result of the merciless persecution which he is found in.   In proximity to the Rav at all times have been security guards and Rabbis who were not the Rav’s students beforehand, as requested by the court.

One of the security guards, who has requested to remain anonymous, personally related to us the startling testimony before you, such critical testimony for the Jewish people and directly connected to the preceding words of Rav Pinto:

A period of around four months ago, before Rosh Hashanah, there was a rumor that the nine months before the coming of Mashiach had already begun.  The security guard, who was constantly found by Rav Berland shlit”a, asked him in the month of Tamuz about the validity of the rumor.

Rav Berland answered him: This isn’t correct.  The nine months before the redemption still haven’t begun.  They’ll begin in Chanukah and will be accompanied by difficult events which will continue until Rosh Hashanah.

The Rav continued, answering: The situation with food won’t be so difficult.  There will be enough food; there will be what to eat, but medicine will be difficult to get.  Therefore, anyone who takes medicine routinely should see to preparing for himself a supply for the coming months.

At another opportunity, the guard asked the Rav shlit”a about the concern about a nuclear bomb being launched from Iran.

The Rav shlit”a answered: Iran will throw a nuclear [bomb] at Israel, but I will catch it in the air and throw it back at Iran.  It will also fall on Egypt and Syria, but mainly on Turkey.

Until here are the holy words of our Rebbe, Rav Eliezer Berland shlit”a.

On Chanukah this year, the Admor Rav David Abuchatzeira shlit”a spoke these holy words in front of a large audience.

In the course of his shiur Rav David Abuchatzeira said that the nine months will begin on Shabbat Chanukah which was also Rosh Chodesh Tevet.

And with this, we return to the words of Rav Berland shlit”a according to which the nine months before the redemption will conclude on this coming Rosh Hashanah.

As is known, the reality could change, especially if the Jewish people do teshuva (repentance), and the Tzadikkim, as we see by our Rebbe Rav Berland shlit”a, take onto themselves suffering and insults in order to sweeten the judgements from the Jewish people and to bring the redemption with mercy.  As is known, the connection of the community with the Rav shlit”a has returned, with the Rav’s recent release, allowing us to hear his Torah and to pray with the Tzaddik.

In the last two weeks the Rav said a number of times that the redemption will be on Passover night, with the light of redemption beginning from Shabbat Chanukah and continuing and growing until Seder night.

All these words of these great Tzaddikim join together with the reality which is developing in front of our eyes, and also to the fulfillment of the words of the Gaon of Vilna (1720-1797) which were said with Divine inspiration some 220 years ago.  The moment that Russia will invade the Crimean Peninsula on the coast of the black sea this will be the last sign before the redemption:  “If the ships of the Russian Empire cross the Bosphorus straits (the Dardanelles), we need to dress Shabbat clothes,” which is to say that the time of the coming of Mashiach is close…

If anyone still has any doubt about the fulfillment of this sign, it’s possible to see throughout the communications media today continuous coverage of the massive mobilization of Russian forces at the Ukrainian border.  The situation has reached such a point that the American government has put out a message that if Russia doesn’t abandon its plans in the Crimea, it is prepared to use nuclear weapons against Russia.

A message from the White House that the US is prepared to assist the Ukraine against Russian aggression: 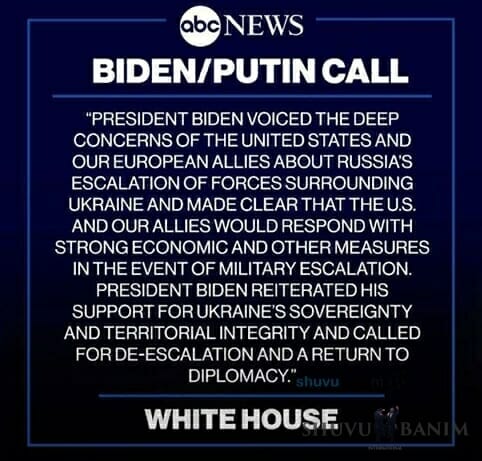 The debate in America about the use of nuclear weapons against Russia if it attacks and invades the Ukraine: 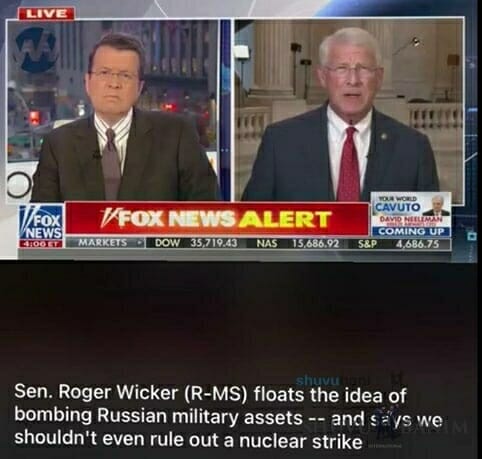 Why Do You Need to Get Married? – The Daily Chizzuk with Rav Eliezer Berland Shlit”a