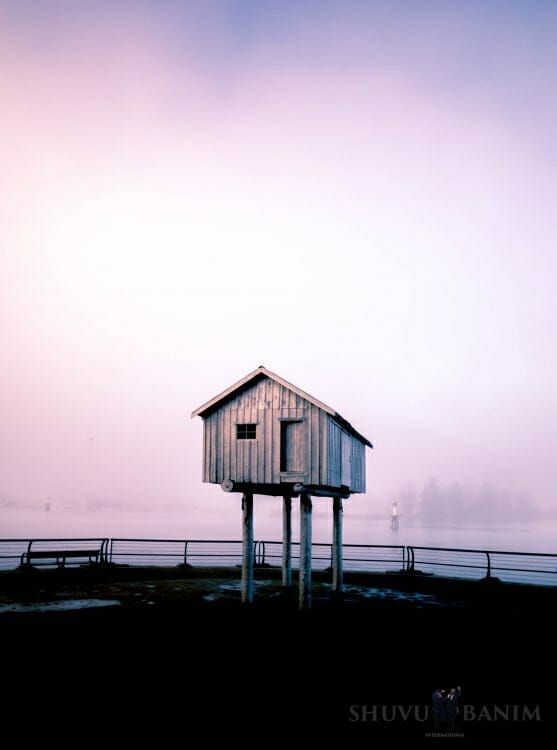 Is it just me, or does it feel like everyone is running out of steam a bit, at the moment?

Some days, the alarm goes off and I wake up feeling 180 years old.

Where did all my oomph go? All my joie de vivre? All my motivation?

I’ve been asking myself this a lot recently, as I feel I’m kind of drifting aimlessly through life, and it’s not such a nice feeling.

That’s where you spend years and years hanging out for the end of the world to kick off, and for Moshiach to show up, but in the meantime, it’s business as usual and everyone else just thinks you’re a crazy person.

Sure, things on the Syrian front don’t like good, the Hezbollah tunnels are worrying, the riots and rockets from Gaza are a constant threat. But isn’t it always like this, in Israel? Hasn’t it been one security crisis after another, for the last 70 years?

Then there’s the economy. Sure, there’s Yellow Vests in France, and government shutdowns in the States, and Brexit chaos in the UK, and plunging stock markets all over the world. But so what? Isn’t there always some sort of financial insecurity happening, some big economic bubble about to burst, somewhere in the world?

True, the weather is going completely crazy all over the world. True, volcanoes are blowing their stack all over the planet, and massive earthquakes are hitting with unusual frequency at the moment.

Part of me is holding out for the weather to be a clear sign that geula really is about to happen, and that Moshiach really is coming soon.

But then – I sit here and I remember all the other times when I was sure things were about to kick off, and the world of lies was finally going to fall apart. But each time, God pulled it back from the brink, and it all just continued on like nothing is ever going to change.

There were so many tzaddikim who came out with public statements two and three years ago that we were on the brink of geula, and that Moshiach was at the doorway.

Now – they’ve fallen silent. No-one is taking about Moshiach anymore, except the Rav.

Surely, moshiach is still coming? Surely, geula is even more imminent than it was two years ago? But then, why is no-one really talking about it anymore?

Have they also got geula fatigue, God forbid?

Or is something else going on?

That’s part of why this period of time is so very difficult, because it kind of feels like we were collectively in labour back in 2015, and geula-reality was about to be born into the world – and then it all just stopped.

By 2016, when the Rav flew back to Israel, it seemed like we were so very close. Then again, when the Rav was able to be in Uman for Rosh Hashana 5778, I was convinced that big things were about to start happening left and right, on the geula front.

The mother was 9.5 cm dilated, all the doctors were called into the room to assist –  but then, suddenly, the contractions stopped and the midwives announced that they were calling the whole thing off.

Nothing going on here, please move along.

And that abrupt gear change back to ‘normal’ and ‘business as usual’ completely threw me.

In the Exchanged Children, Rebbe Nachman writes about the house in the forest that’s suspended between Heaven and earth. It’s a place disconnected from gashmius and materialism, but it’s also not yet 100% spiritual, or heavenly, either.

The only way to get to that place is by sticking close to the Tzaddik. He’s the only person who can spring you out of the forest of ‘stuff’, and money, and materialism, to take you up higher, and show you more of the bigger picture.

But while that place of the Tzaddik is not on earth, it’s also not quite in heaven. It’s in between. It’s limbo. It’s a place where you know that chasing after animals, and selling yourself for bread, is not what a Jew is meant to be doing with their time. But even so, you still possess a body, you still have to eat, still have to act and interact with the lowly world.

Sometimes, it’s hard hanging out in the Tzaddik’s house.

The last two years, I’ve seen so many people jump back into untrammeled gashmius, or leaving Israel, or falling away from their yiddishkeit, or their yearning for geula, in ways great and small.

We tried living that more spiritual life, but we just couldn’t keep it going indefinitely. If Moshiach had shown up in 2017, that might have changed things. But as it is, we have a mortgage to pay, and holidays to plan. Sorry.

I so don’t want to catch their geula fatigue, God forbid. But as the years stretch out, and the bad continues to rule the roost, I have to admit that I’m starting to feel a little demoralized.

Rav Berland wrote HERE that you know the test is almost over when you feel utter despair about things ever changing. I’m approaching that. I’m not quite there yet, but I’m approaching it.

So maybe, just maybe, we’re nearer than we think, after all.