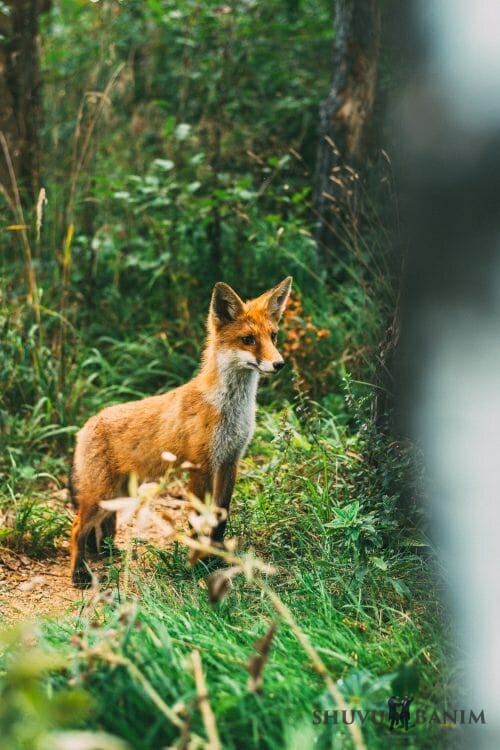 Yesterday, as I was talking with one of my kids about the shocking headline that Israeli PM Netanyahu is actually publically talking about micro-chipping small children, so that they will ‘beep’ if they fall foul of the totally unscientifically-proven ‘social distancing’ diktats, I have to admit to feeling a little down.

But then, after a second or two, Hashem reminded me of the following story.

Rabbi Akiva and his colleagues were walking in the area of Har HaBayit, after the recent destruction of the Second Temple in 70 C.E.

They saw a fox scuttle through the overgrowth, where until recently the Holy of Holies had stood. Rabbi Akiva’s colleagues burst into tears over this visible evidence of destruction, while Rabbi Akiva himself burst into laughter.

Why are you crying? Rabbi Akiva asked his colleagues.

Isn’t it obvious? They replied. How can we not cry, when we see the Temple destroyed and foxes roaming across its ruins. Akiva, how can you be laughing?!

That’s when Rabbi Akiva told them:

I’m laughing because just as we saw that the terrible prophecies of destruction came true, and we are witnessing them with our own eyes, so the wonderful prophecies of redemption will also come true.

Let’s try to map Rabbi Akiva’s approach on to what is occurring right now.

True, it’s totally awful that Rabbi Berland got shoved back in prison on totally trumped-up charges that are so ludicrous, no-one can even really tell you why he was arrested. Not even in theory.

True, too, that it’s totally awful how badly smeared the chareidi community has been during this whole COVID-19 episode.

Ditto, it’s terrible that governments all over the world have taken away even our basic human rights; and destroyed the economy for years to come; and that one politician after another has fallen into line with big business interests, intent on microchipping the whole human race, and universally vaccinating everyone as part of their nefarious eugenics program.

But you know what’s been worse?

That no-one, apart from a very small group of people, really believed that there was a genuine battle for the soul of humanity going on.

No-one wanted to believe that the media was so incredibly corrupt; that evil was calling the shots so thoroughly in the world.

We are seeing ‘real world’ headlines in the Jpost that make even the most ‘out-there’ conspiracy theory sound tame.

Who is laughing about Bill Gates’ plans to microchip the whole of the human race now?

So now, we’ve reached the stage of seeing the foxes walk all over the site of the Temple, and it’s inducing shock and horror in anyone who really has their eyes open.

But that’s when we have to remember what Rabbi Akiva taught us.

It’s precisely now, that the ‘bad’ is getting so obvious, and so undeniable, that we can start to joyfully anticipate the supernatural spiritual ‘good’ that is also gearing up to be revealed.

People who thought that Moshiach and geula were just a pipe dream, or just a fairy tale, God forbid, are now openly talking about Moshiach coming. People who never gave a thought to Hashem, or to their relationship with Him, are now discussing why God appears to be so angry with the world.

None of that would have happened without all the bad being obviously revealed, that way it is.

Sure, we’re seeing the foxes walk all over the Holy of Holies, and it’s paining us mamash.

Because the good part of the End of Days equation is going to start kicking in any moment now.

And there’s nothing anyone can do to stop it.

You can read more of Rivka’s musings on her blog, here: https://rivkalevy.com/

How to survive shaking the world