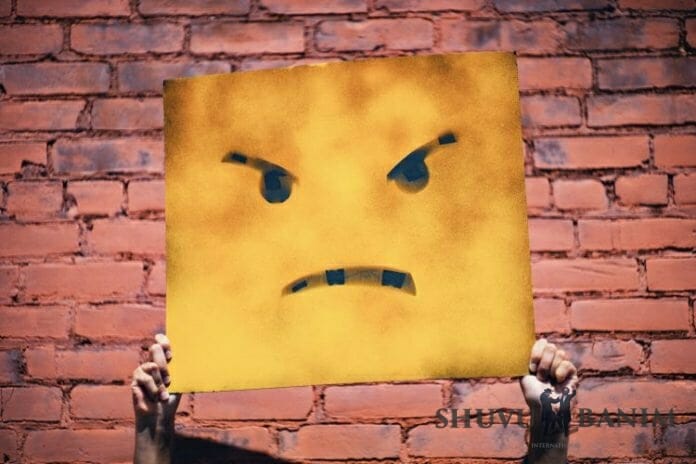 Whisper it quietly, but the world is going mad.

Every day, there is some fresh madness appearing on the scene, to push us back into Hashem’s arms and to pierce through the ‘bubble’ of gashmius we’re wrapped up so tightly, our souls can’t breathe.

Last week, on Wedneday, I got a text pinging into my very kosher, very unclever phone, telling me that Rav Berland had asked everyone to get through as many books of Tehillim as they could, before Rosh Chodesh Iyar.

Rosh Chodesh Iyar fell out on Shabbat, with the molad, or new moon, occurring at 2.48 pm Shabbat afternoon, in Israel.

As I sat on the couch reciting yet more Tehillim, I had no idea that my Tehillim – and everyone else’s – was fending off 690 rockets in a surprise attack from Gaza.

I used to live down South, and I know some people there. One of them told me she’d waddled off to shul, 8 months pregnant, and then shortly before the service was over, she heard the siren.

“Even though we’re in the area, we’re a small moshav so we don’t get a lot of rockets coming close to us, normally,” she told me.

“That day, there were five sirens – including some at night. No-one got any sleep.”

But that first one took everyone totally by surprise, and as the sky filled with that ominous up and down wailing, my friend realized the makeshift shul didn’t have a rocket-proof room, or mamad. On the way home, she was passing a playground when another siren went off – again, she tried to look for the nearest place to take shelter, but as she put is so sweetly:

Or to lie down quickly on the ground. Or to find a fence to shelter behind, or a table to quickly get under. So, she saw the rocket zip past her in the heavens, and felt the ‘boom’ – and mamash grasped just how fragile life really is.

In a second, it could all be over.

This round of violence feels different from what came before. Up until now, everyone was telling the people of the South that the ‘only reason’ Israel, Bibi, couldn’t fight back, couldn’t hit back hard, is because there was a hostile president in the White House.

Before, everyone was reassuring themselves that the Iron Dome is ‘protecting Israel’, and that’s the main explanation for the clearly miraculous lack of serious casualties. This time around, there are headlines in the Jpost asking:

Has the Iron Dome stopped working?

Out of 690 rockets, only 240 were intercepted. Why? Because Hamas et al have figured out how to overwhelm the system.

While I was having my annual dental check up on Sunday, the American dentist’s phone kept vibrating in a strange way. “It rings like that every time there is another azeka, another rocket,” he told me. We both counted 9 in under a minute – and my dentist became strangely preoccupied with telling the staff that the security room was under the stairs on level 2 of the building (even though we were in Jerusalem) and not so interested in my molars.

Those things aren’t cheap – and they also aren’t the real answer.

Months and months ago, the Rav told us clearly:

Nothing can help us now. We are at the last moments of believing that the secular ‘State of Israel’ can continue the way it has done in the past, elbowing God and His Torah completely out the picture.

Only our prayers can stop the bombs in Israel, and the bullets in America.

Over the last two weeks, I’ve been researching the historical roots of anti-Semitism and white supremacism in the USA, and you can see my conclusions HERE and HERE.

To sum up a very long story in a very short sentence: The anti-Jewish violence in America and the rest of the world is only going to get worse from here on in.

Our only recourse, our only protection against what’s coming down the pipe is the four Ts:

Wherever we happen to live in the world, we won’t be able to run away from God – or the anti-Semites He is sending against us – any longer.

As if to underline that, today’s headlines screamed out:

Iran is threatening to restart its nuke program in 60 days!!!!

(It didn’t say it in those terms, it talked politely about ‘recommencing the enrichment of uranium’, but that’s what it really meant.)

60 days takes us within spitting distance of the Three Weeks, which begin on July 20th, 2019 this year.

And then there’s still North Korea muttering away in the background, and wars in Libya and Syria and Iraq ongoing, and civil unrest in France, and Jeremy Corbyn in the UK, and, and, and….

The world is going mad.

And our only chance of coming through all this madness in one piece is Tefillah, Torah, Teshuva and the True Tzaddik.