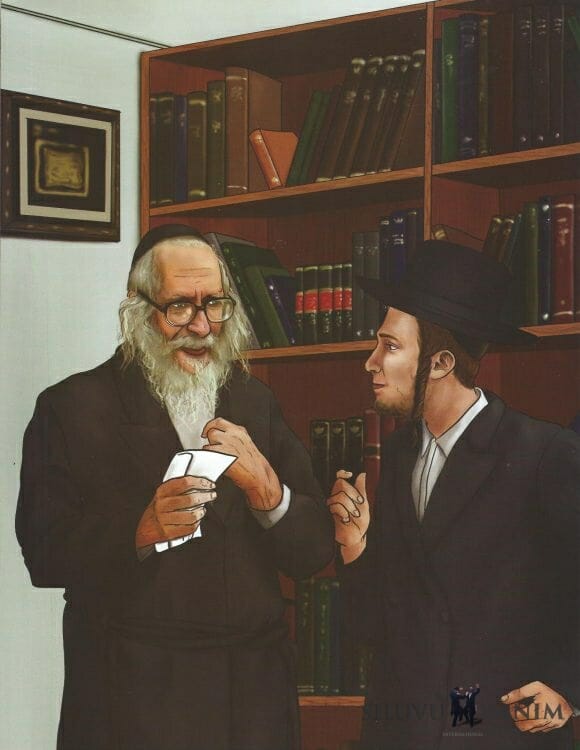 One of the Rav’s wonderful ways of leadership is almost always to do good specifically to people who bully him or his students, and you can see this in many instances in his life.

Next to the beit midrash and yeshiva of the Rav lived a neighbor, a bitter gentleman by the name of Rami. Rami did not merit to keep Torah and mitzvot. Not only that, but the environment of activity around the Rav and the beit midrash looked strange to Rami’s eyes. He used to constantly bother people that would to come to the yeshiva. He would fight with them and make loud jokes about them.

The next story happened one Shabbat. Rav Berland arrived at the beit midrash before the morning light, and began to prepare for the prayers of Shacharit. Shacharit of Shabbat went on for a long time. The Rav stood on his feet and prayed like a torch passing in front of the camp. At the end of prayers, the Rav gave a lecture that went on for hours. The Rav was sweating from the depth of concentration and effort in giving the shiur. After that, the Rav decided to go to his house for a short rest.

The Rav came out of the synagogue accompanied by his faithful assistants, when suddenly the Rav stopped and stood still. “What happened?” The gabbaim did not understand. The Rav explained, “we are going to visit Rami!”

“Rami?!” wondered the gabbaim. “Rami, the bothersome one who is interfering with us all the time?”

“Exactly!” the Rav paskened, “It is our mitzvah to be good to people who are bothering us in order to break our bad character traits.” Then all the people turned around on their heels and walked back to Rami’s house. After visiting with Rami for a good hour, the Rav was finally satisfied and went back to his house. The effort paid off. When time passed, Rami became stronger in the Torah way of life and in keeping mitzvot and Shabbat. He even began to come to pray with the Rav in the beit knesset.

A similar story was told by a student of the Rav about a bitter Jew. Every time this Jew met the Rav, he used to shout notorious and harsh words. The Rav’s students knew what the Rav did with people in order to change their character traits. However, they didn’t understand how things were going to change in this case. The Rav called to one of his followers and he asked him to go to the house of this Jew to give him an envelope full of a large amount of money.

“Pass this envelope anonymously into the hands of the person that disgraces me,” said the Rav to his follower. And for a long time the Rav used to send large amounts of money anonymously again and again to that Jew who embarrassed him. And that Jew never knew that it was Rav Berland who was supporting him and lending him a helping hand.