Rav Yaacov Moshe Salmanovitch is one of the leaders of the present generation of Breslev chassidim, and in the past he was also the Rebbe of Yom Tov and Lazer Cheshin, two of Rav Berland’s main persecutors. Rav Salmanovitch knows the Cheshin brothers personally, and he made the following statement in an attempt to put an end to their sordid behavior:

“Gevald! Gevald! How can we continue to be silent, when there’s already been so much suffering, and so much spiritual misery, and so much strife and *machloket*, and so much pain? How are you [referring to the persecutors] able to continue to conduct such a cruel war? You have claims to make? You have things to say? Only [pursue your complaints] in a good way! Only act in a merciful way! How are you willing to cause so much pain to the world? Stop now! Stop now! Woe to you, from the day of judgment. If you have cause for complaint, speak to the other person in a peaceful way. [This is] terrible hatred, something that hasn’t been seen since the creation of the world. This is delaying the *geula *(redemption)*!* You want to try to cause our Tzaddikim to stumble even more, with another signature, and another signature? Woe to you, from the day of judgment! 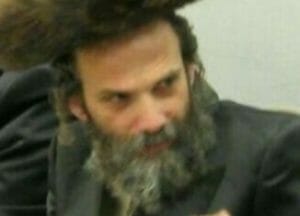 1) “Who’s really behind the terrible slanders of Rav Berland?” HERE

Rav Berland: “The more falsehood there is, the more truth will be revealed in a clearer way”

“If they shut down my hall, I will open up a kollel instead!”